Before knowing the roles and importance of PR in Film Industry we’ll first understand the meaning of public relations.

So, What is Public Relations?

Public relations is a strategic communication process that builds mutually beneficial relationships between organizations and their public. It is all about sending the right messages to the right place and the right people, creating a stronger brand reputation. PR agencies work alongside their clients to help them achieve this and promote them within their clients industries. At its core, public relations is all about influencing, engaging and building a relation

Well, now that we know the meaning of Public relation , let us understand more on what level PR is required in a Film Industry.

PR in the Film Industry :

Your film is all set to release but how do you make the audience watch it? And how do you raise the curiosity of your distributors? The answer here is “Public Relations”.

PR and Marketing go hand in hand – When a promotional event for a film is planned, the role of PR is maximizing the reach and coverage of the event across various platforms. A great PR agency ensures that the event gains maximum eyeballs and is covered across news channels. Public Relations help bring the spotlight to the films, i.e From creating the right kind of buzz to making people compelled to take interest in your movie.

PR supports every stage of a film’s creation. In pre-production, films need to control the flow of information to the media and release announcements in a way that makes sense for its project. Plot spoilers and screenplay devices are sensitive information that could destroy the potential success of a movie if improperly distributed. At the same time, casting and plot announcements could drum up hype for a movie.

Here, we are responsible for getting media coverage of the film through having good relationships with journalists and critics. That is by creating press packs, which usually include the film’s synopsis, production notes, cast and crew credits, Biography etc, to draw attention to creative projects that rely on readers, viewers or box office sales to be successful.

Some of the other method that PR uses are:

Importance of PR in Film Industry:

> Working with a PR team can make it easier for you to create a targeted campaign. If your expected audience are Youngsters, your PR team will craft a strategy using different magazines and other media outlets that your target market goes to. Whether it’s a video marketing strategy or a social media influencer marketing campaign, your PR team can connect you with the right people and media outlets, which helps you with increased audience.

>Want to be featured on a channel for a commercial? Or how about a magazine or another media outlet? The best way to grow efficiently is to know specific people. Those in PR have connections with top media outlets that can allow for you to grow your brand efficiently and get the marketing you need. They pull off the majority of the work required to get your name seen.

>Businesses, celebrities, brands and any organization will work with a public relations firm not just to promote something but to simply build a better image. PR firms can shed light on anything negative about your brand. Effective PR allows your brand to attain a positive image both online and offline, which can benefit your company for the long haul. A bad reputation only damages your potential growth for the future.

>PR isn’t just sending out press releases. Whether or not there’s breaking news that relates to your movie there are countless ways to make your film a leading voice in the industry. It’s important to stay up-to-date, and ahead, on trends to plan for what’s to come to make sure you’re incorporated into the story. A strategic communications plan is essential to supporting your teams short- and long-term goals and priorities. Remaining in front of your audience through contributed content, blogging and more keeps you top of mind and relevant to your community and audience.

On this planet where information is found first-hand, we can take your movie to the next level and furthermore as you think you would.

The entertainment publicist Not just Market the brand or a film project but also work for Individuals.

Celebrity PR team handles the most scandalous of rumors and defusing situations in order to let the public know what is really going on behind the scenes. So, if the worst happens, most of the celebrities don’t bury their heads in the sand – they hire a premier PR team to protect, manage or rebuild their reputation.

At the same time, celebrities need a PR team not only to fix scandals and crises that they face but also to:

– make new contacts, with those who can help get the celebrity’s name linked to worthwhile causes and special events;

– act as a bridge between celebrity-brand collaboration.

At Filmy Scoop we are specialized in promoting Films and Celebrity management, If you are looking for a PR team for your next project , Check out our website and Don’t hesitate to contact us to get your queries resolved. 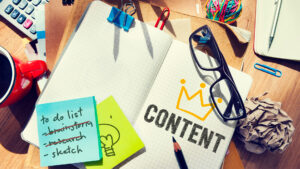 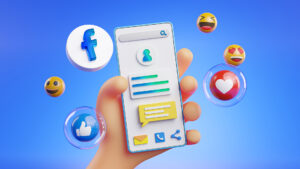 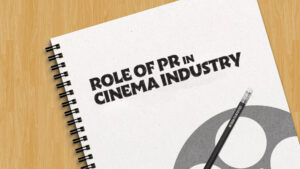